RAbMono™, Rabbit monoclonals designed and developed at Zeta are uniquely produced and target-validated for IHC on FFPE tissue sections. Zeta’s RAbMono™ (Rabbit Monoclonal) antibodies stand out because of their superior specificity, low background, and high affinity.

In contrast to typical mouse monoclonal technology, Zeta has achieved a unique and effective rabbit monoclonal production platform based on our unmatched expertise in the field.  Generally, Rabbit Monoclonals are characterized by 10 to 100 times higher affinity than Mouse Monoclonals.  The rabbit’s immune system is better equipped to generate a response to smaller antigens that are not detected in mice.

As a result, Rabbit Monoclonals are becoming increasingly popular in the immunohistochemical detection of tumor markers in humans. 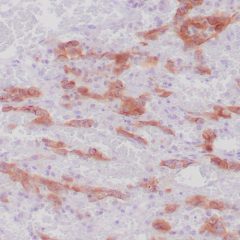 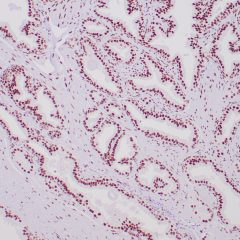 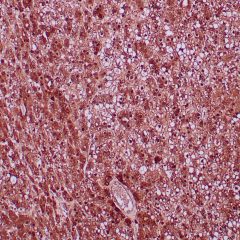 Arginase-1
ZR368
Recognizes a protein of 35-38kDa, which is identified as Arginase 1 (ARG1). Arginase is a manganese ...
Learn More
Preferred Clone 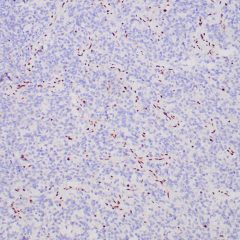 ATRX
ZR244
ATRX is a member of the Snf2 family of helicase/ATPases, which contribute to the remodeling of the n...
Learn More
preferred clone 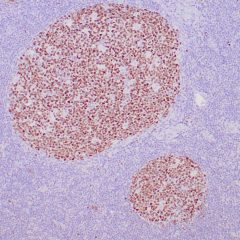 BCL-6
ZR380
Recognizes a protein of 95kDa, which is identified as Bcl-6. Antibody to bcl-6 is helpful in a numbe...
Learn More
preferred clone 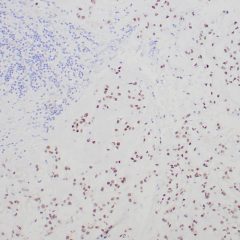 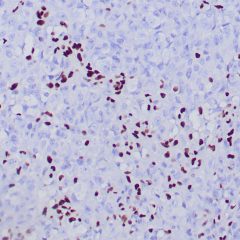 BRG1/SMARC4
ZR390
The SWI-SNF complex is involved in the activation of transcription via the remodeling of nucleosome ...
Learn More
Preferred Clone 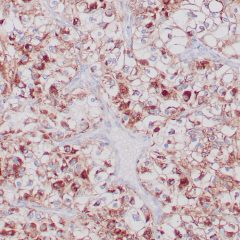 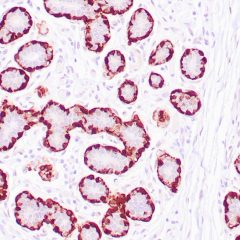 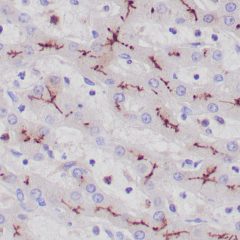 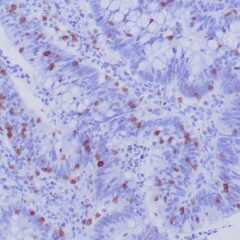 CD103
ZR404
This MAb recognizes a protein of 150kDa, identified as CD103, which is the alpha-E integrin subunit ...
Learn More
Preferred Clone 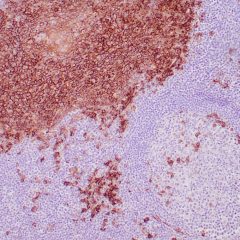 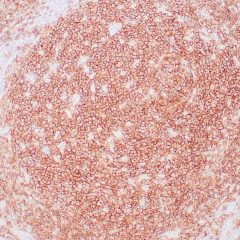 CD19
ZR212
In normal lymphoid tissue CD19 is observed in germinal centers (on both B cells and follicular dendr...
Learn More
preferred clone 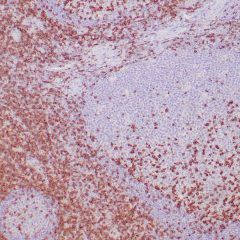 CD2
ZR100
CD2 is mainly present on the surface of mature T cells and NK cell membranes, while B cells are usua...
Learn More
preferred clone 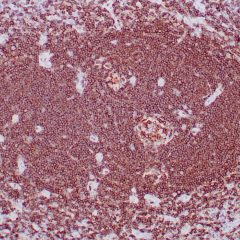